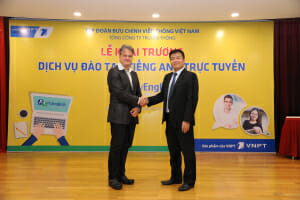 VNPT and EnglishCentral Partner in Vietnam

Hanoi, Vietnam  October 11, 2017  – Vietnam Post and Telecommunications Group (VNPT), one of the largest telco providers in Vietnam with more than 80 million mobile subscribers,  today announced the launch of its version of the EnglishCentral Service in Vietnam under the brand “MyEnglish“. 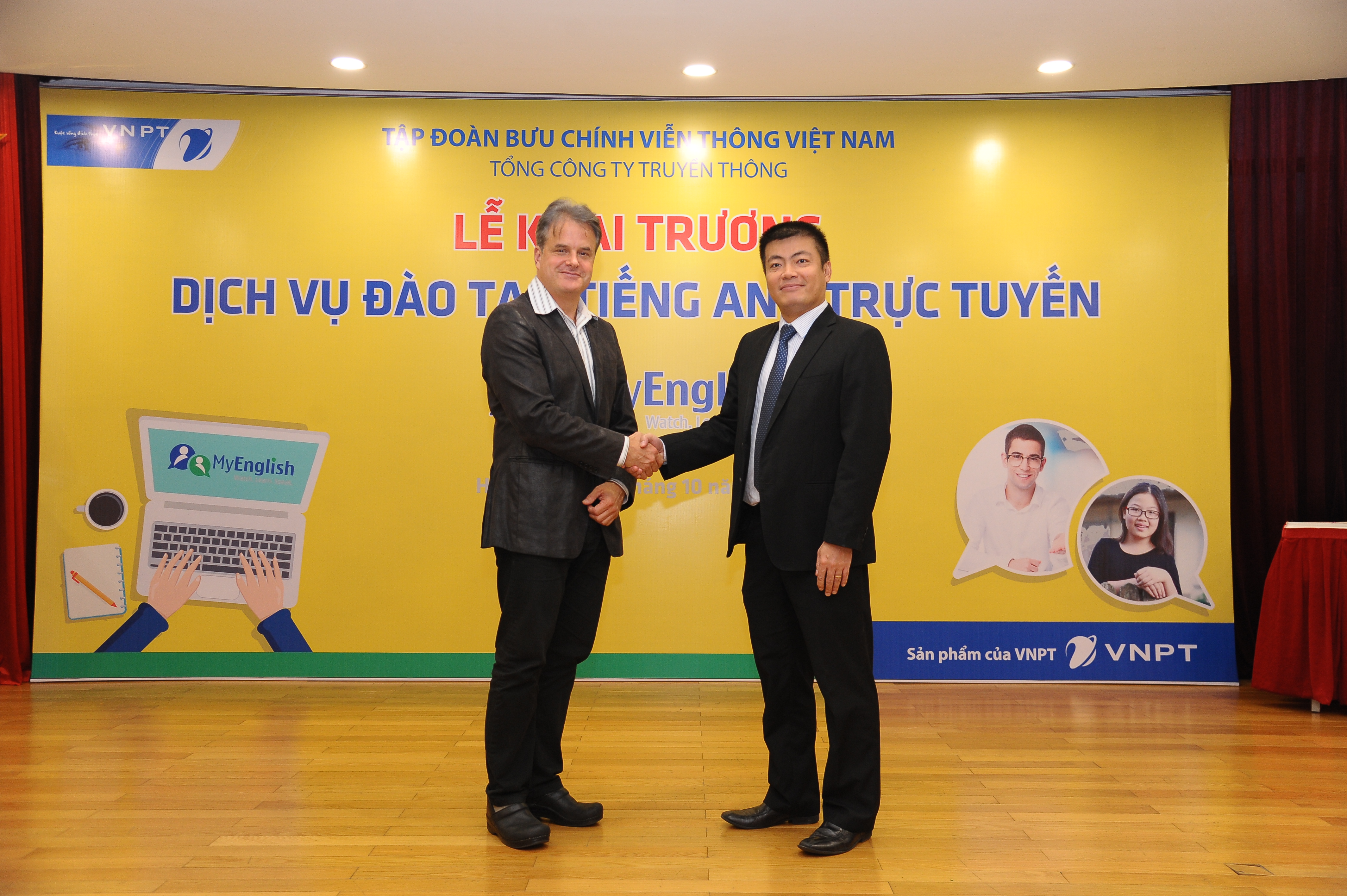 The launch this year is the 1st phase in the partnership whereby VNPT has become the exclusive provider of the EnglishCentral Service to consumers, schools and businesses in Vietnam.

The new MyEnglish service is targeted first at consumers in Vietnam.  VNPT has a history of building successful multimedia consumer services in Vietnam, including its IPTV service “MyTV“, which quickly became the number one IPTV service in the market with over 1.5 million subscribers.    As with its MyTV service, the new MyEnglish service will use the billing network of VNPT to provide a frictionless payment system for users as well as VNPT Media’s own content delivery network (CDN) to provide high quality and robust video delivery.

As part of the partnership, VNPT also plans to target the school market through its educational subsidiary, VnEdu.  VnEdu is already the #1 education platform provider in Vietnam with over 1500 schools using its learning management system (LMS) called “MyHomework” in Vietnam. 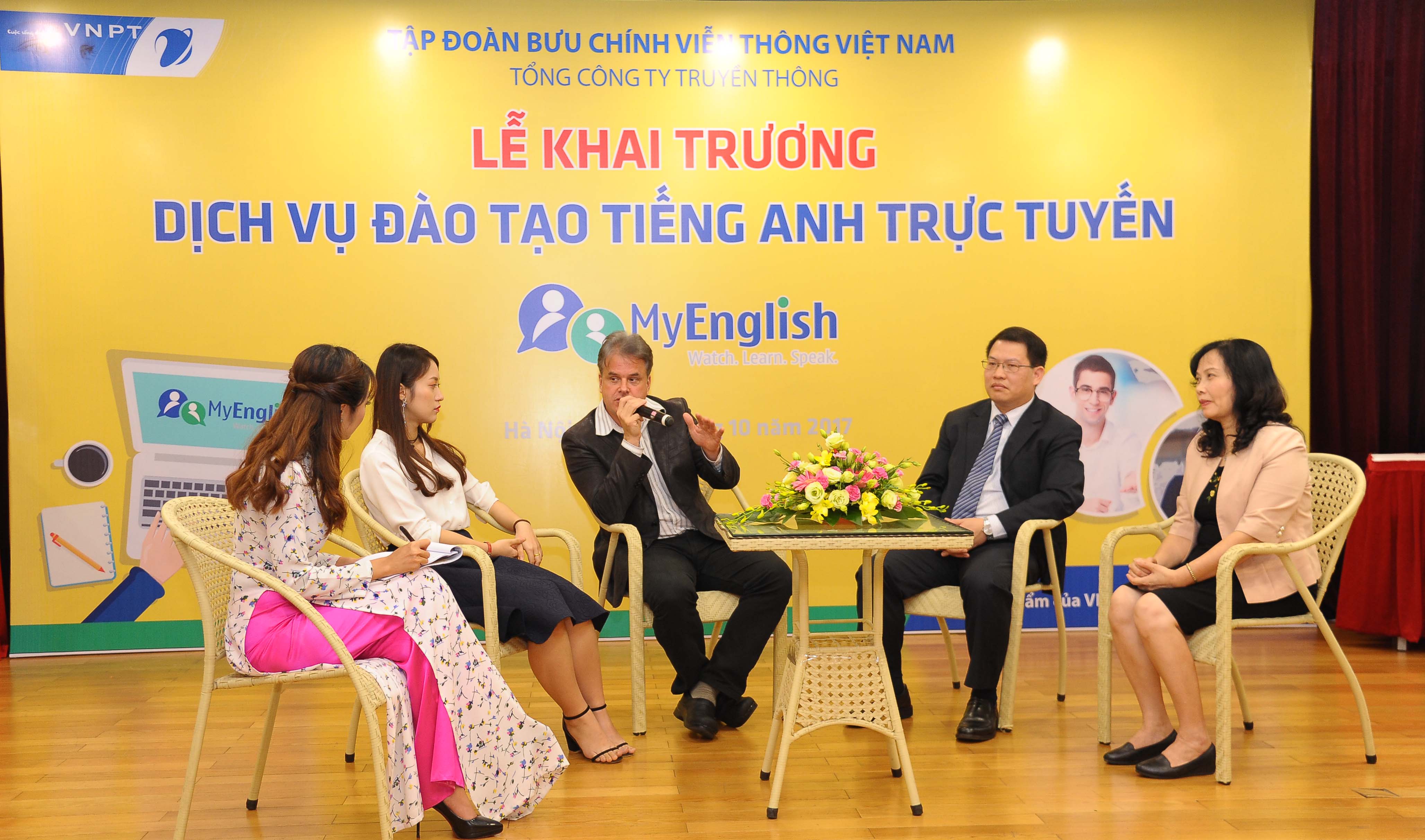 The event also featured a panel of key opinion leaders including Khanh Vy, who currently hosts two educational programs on Vietnamese television and YouTube.   She’s a celebrity in Vietnam EdTech space, partly based on her being a polyglot who mastered 7 languages as a college student.  She commented that “the power of the new service is how it makes speaking fun and motivating for learners, while at the same time boosting their confidence with instant feedback. “ 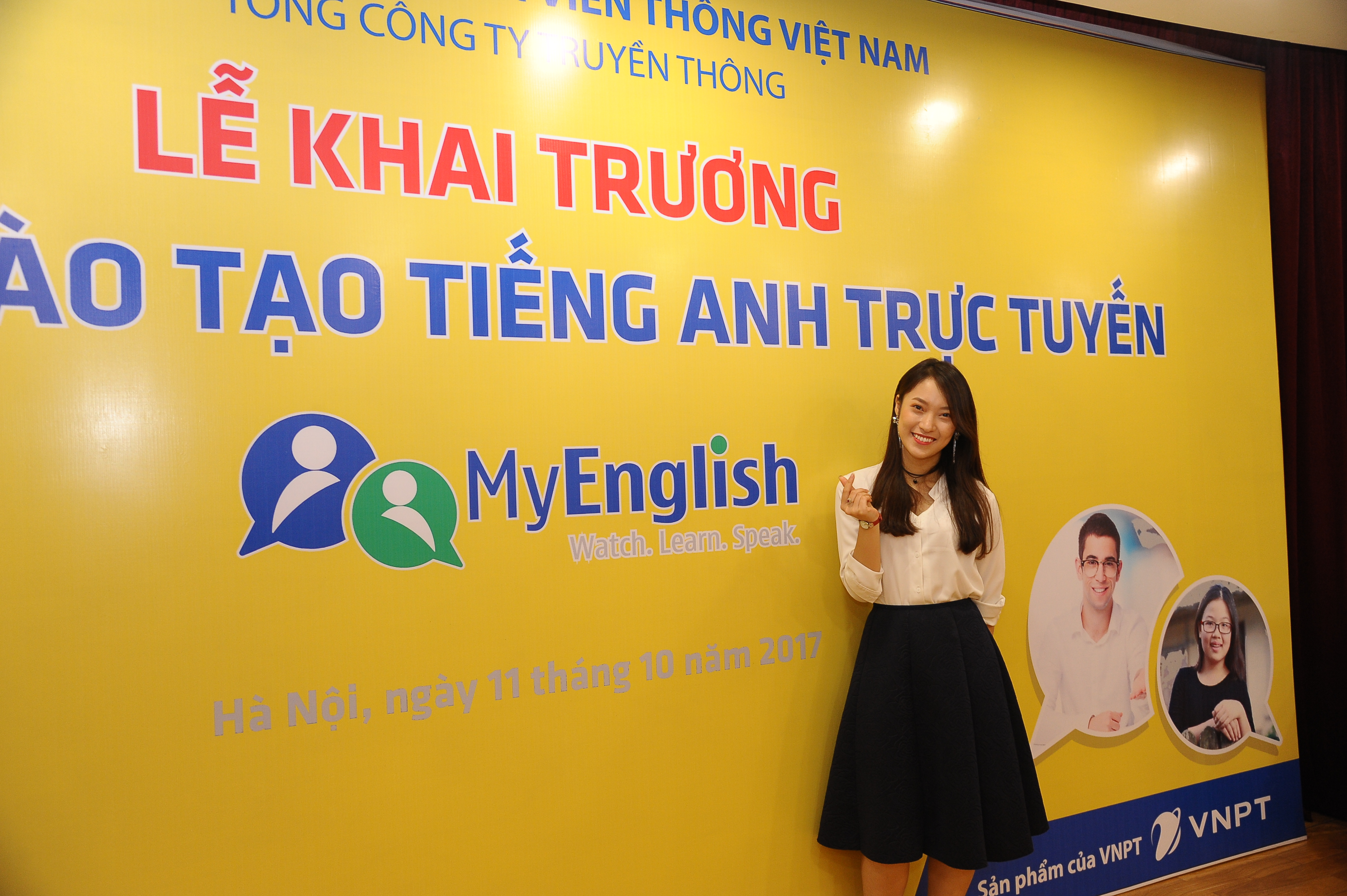 Khanh Vy, an edTech thought leader  in Vietnam, was at the launch event to opine on how it would change the face of English learning in Vietnam

“We are thrilled to be working with the team from VNPT Media”, said Alan Schwartz, Founder & CEO of EnglishCentral.   The team brings some very impressive assets to help build a customer base in Vietnam, including one of the best brands in the market,  deep experience in launching and marketing services in both the consumer and school markets, and considerable technical skill in payment and video delivery.

Mr. Ngo Dien Hy, General Director of VNPT-Media commented that “we reviewed many potential solutions for launching our EnglishCentral, and chose EnglishCentral based on its combination of extensive content offering, unique speaking technology and high quality one-to-one live teaching. We believe the seamless integration of these three elements is key to creating a motivating and engaging learning experience for students.”

More coverage for the event in the Vietnamese Press can be found at: